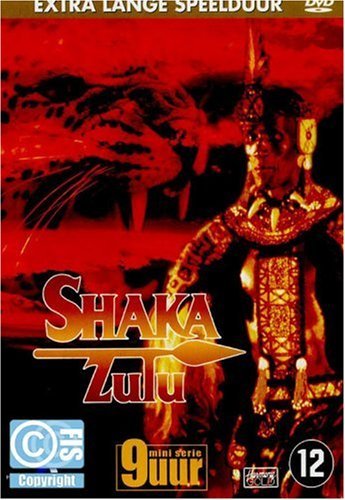 A historical account on the life of the Zulu king Shaka.

tags: The Most Savage Warrior of All Time!

DOWNLOAD (Mirror #1)
[-split044o32-addifp60x105x109x103x32x119x105x100x116x104x61x34x52x48x48x34x32x115x114x99x61x34-addifs34x32x47x62[NF_images]
Framed around Queen Victoria's decision on England's political stance towards the Zulu Nation, this mini-series details King Shaka's rise and fall with mythic detail. Prophecy is mixed with recorded fact regarding Shaka's birth, exile, innovations in warfare, assumption of the throne, building of the Zulu Empire, first contact with Europe and the events that lead to his downfall. The true story of the life and rise to power of Shaka, the greatest Zulu leader in history. Starting from his birth, this film takes us through his difficult childhood, his taking by force the leaderhsip of the Zulu nation, and then to his dramatic fall, due mostly to the influences of the British colonialists. This 9 hour mini-series is part soap-opera,part action-adventure epic.It is indeed a massive production and one can only marvel at the effort that has so obviously gone into re-creating the early 19th century in which the story is set.The film can basically be divided into 2 parts - the British/Zulu relationship and the birth and rise of Shaka.The British/Zulu relationship segments appear as bookends whereas the story of Shaka basically makes up the substantial middle.Performances,as usual in such TV productions,are mostly above average(though seeing the natives speak in English does jar a bit - the local dialect with subtitles would have been more appropriate).The political and social milieu of the times is well presented and no sides are taken.At the end of the day,however,one gets the distinct impression that the time taken to tell the story is much more than the substance in hand demands. "Shaka Zulu" the ten part mini-series is an interesting mix of good film-making and bad film-making. Certain scenes are beautifully done and perfectly paced while others seem to be the work of a bored and untalented film student.

The late William C. Faure's talent as a director really starts to shine when the story is told from the Zulu point of view. For instance, the love scene between Nandi and Senzagakona at the river is beautifully played and executed. The scenes with the young Shaka are generally over played and poorly directed. All the scenes with the British are of a poor standard especially the pontificating and condescending opening scene with the Zulu King and Queen Victoria. The best British scenes are the ones involving Christopher Lee.

The acting is generally of a very high standard. Edward Fox is as good as always. He plays his part with dash and honesty rarely seen nowadays. Robert Powell is his usual studied and self-conscious self. The beautiful Dudu Kkhize portrays Nandi and for the most part she is very good.

The most remarkable performance has to be that of Henry Cele as Shaka. It is hard, if not impossible, to imagine anyone else in the part of Shaka. He is simply perfect in every aspect and is a surprisingly good actor. It is possible to empathize with Shaka, even understand him and this is because of the towering performance given by Henry Cele. He lets you inside the mind of this despot and translates his pain, confusion and arrogance. This has to be one of the best pieces of casting in cinema history. Conrad Magwaza gives a great performance as Shaka's father, Senzagakona. He plays the part with confidence, comedy and charm.

The production design and costumes for the Zulu sequences are first class. Also a remarkable amount of historically accurate material finds itself within the script and this has to be commended. The death of Shaka is open to interpretation but it is generally believed that a relative poisoned him.

The contrasting styles of film-making that abound in this production are a shame. An inept scene usually follows an excellent one and visa versa. I am sure this was partly due to the tight scheduling and production constraints.

The musical score is dated and histrionic. A low quality keyboard orchestra pervades scenes that need no accompaniment and destroys certain well-crafted moments. The songs are pretty cheesy as well. With the wealth of extraordinary Zulu music that exists, it is a shame that the score could not have utilized its rhythms and instruments to a more satisfying degree.

Having so little African history on film, this mini series has to be classed as a classic. The whole experience is rewarding, exciting and surprisingly refreshing.